Eclipse of the Sun is a masterpiece of political art and one of the most significant paintings in a public collection on Long Island. As signaled by the dollar sign darkening the sun, a symbol of life, the artwork critiques the greed and violence of Germany’s military, politicians, and industrialists. The tilted perspective, dissonant color, and ambiguous sense of space underscore the instability of the period following World War I.

Grosz depicts mindless bureaucrats in a grim setting surrounding the decorated general Paul von Hindenburg, who was Field Marshall during World War I, served as second president of the Weimar Republic, and later named Adolf Hitler chancellor in 1933. An industrialist carrying weapons whispers in Hindenburg’s ear. A donkey representing the German people stands near a bloody sword and listens with big ears, yet wears blinders of ignorance. Confined and stepped on, the fearful face of a youth juxtaposed with a skeleton warns of the fate of future generations.

In the 1920s, Grosz was a leader of the politically outspoken Berlin Dada movement, which criticized authority through art. Considered a “degenerate” artist by the Nazis, he fled to the United States in 1933 in advance of World War II. Grosz lived and worked in Huntington, New York, from 1947 until shortly before his death in 1959.

*Eclipse of the Sun will be on view in our upcoming exhibition The Heckscher Museum Celebrates 100: Tracing History, Inspiring the Future opening June 5, 2021. 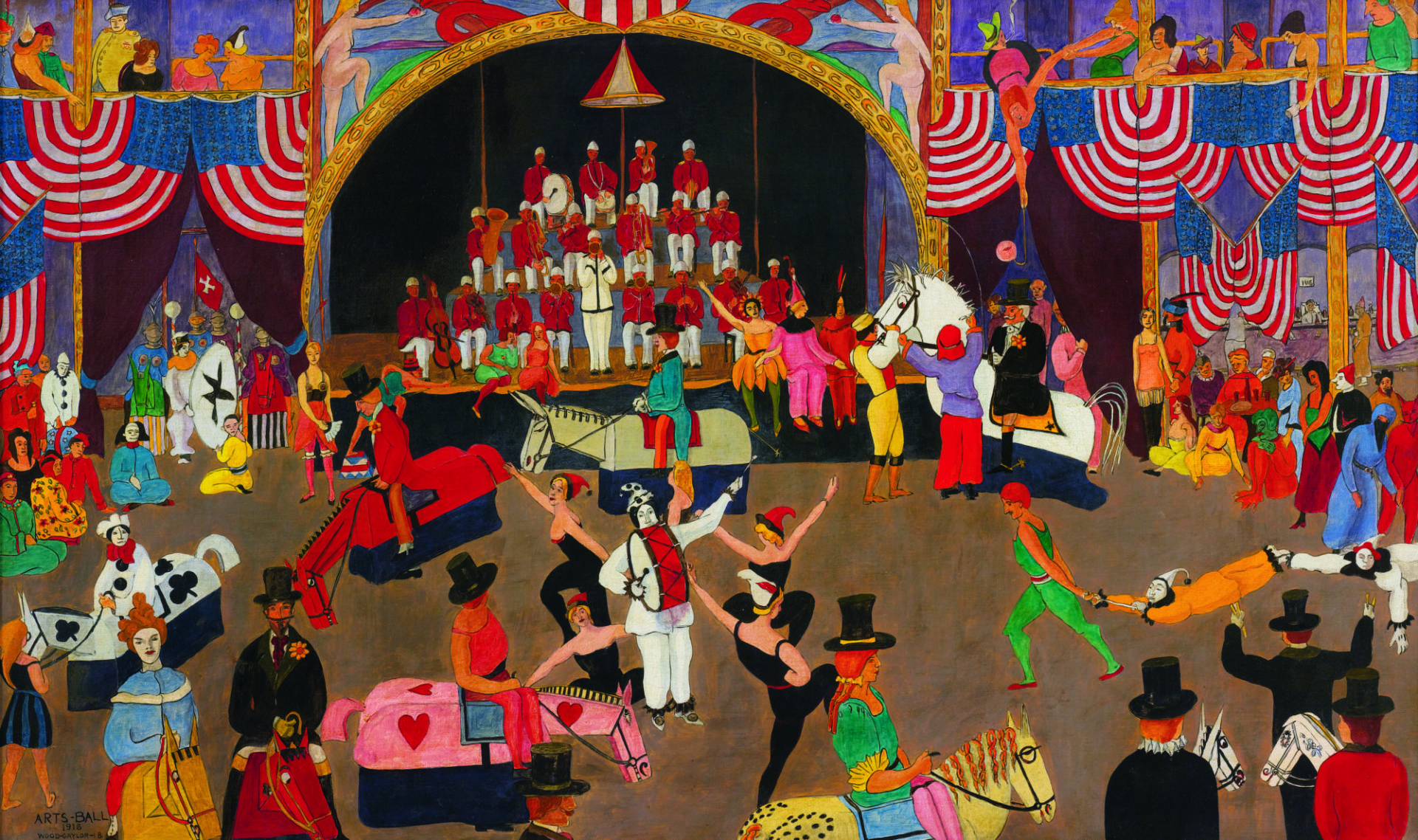 Throughout the 1920s, Gaylor spent summers in Ogunquit, Maine, where he and other artists became some of the first collectors of American folk art. The flattening and distortion in early American painting provided affirmation for Gaylor’s faux-naïve style. The personal relationships Gaylor developed in Maine were among the most significant of his life, including his marriage to fellow artist Adelaide Lawson, whose work will also be on view.

Gaylor continued to organize and depict grand events of the New York art world throughout the 1920s and into the mid-1930s, when he and his family relocated to Glenwood Landing on Long Island. They held exhibitions and art classes in their barn and yard, as depicted in Painting Lesson on the Lawn (ca. 1952).

This annual exhibition features extraordinary works of art created by Long Island high school students. Hundreds of young artists from more than 50 high schools will submit artwork for jurying this year, with approximately 80 selected by Karli Wurzelbacher, Heckscher Museum Curator, and guest artist and juror Melissa Misla. This school year has been like no other, challenging art teachers the Museum to rethink what art education looks like. As you will see, students rose to the occasion, participating in virtual field trips and creating powerful artwork that speaks to all we have experienced and learned.

*Exhibiting students, friends and family, Museum Members and Donors are invited to Preview Days on April 17, 18, 22, and 23. Exhibition opens to the public on April 24. See Related Events details below. 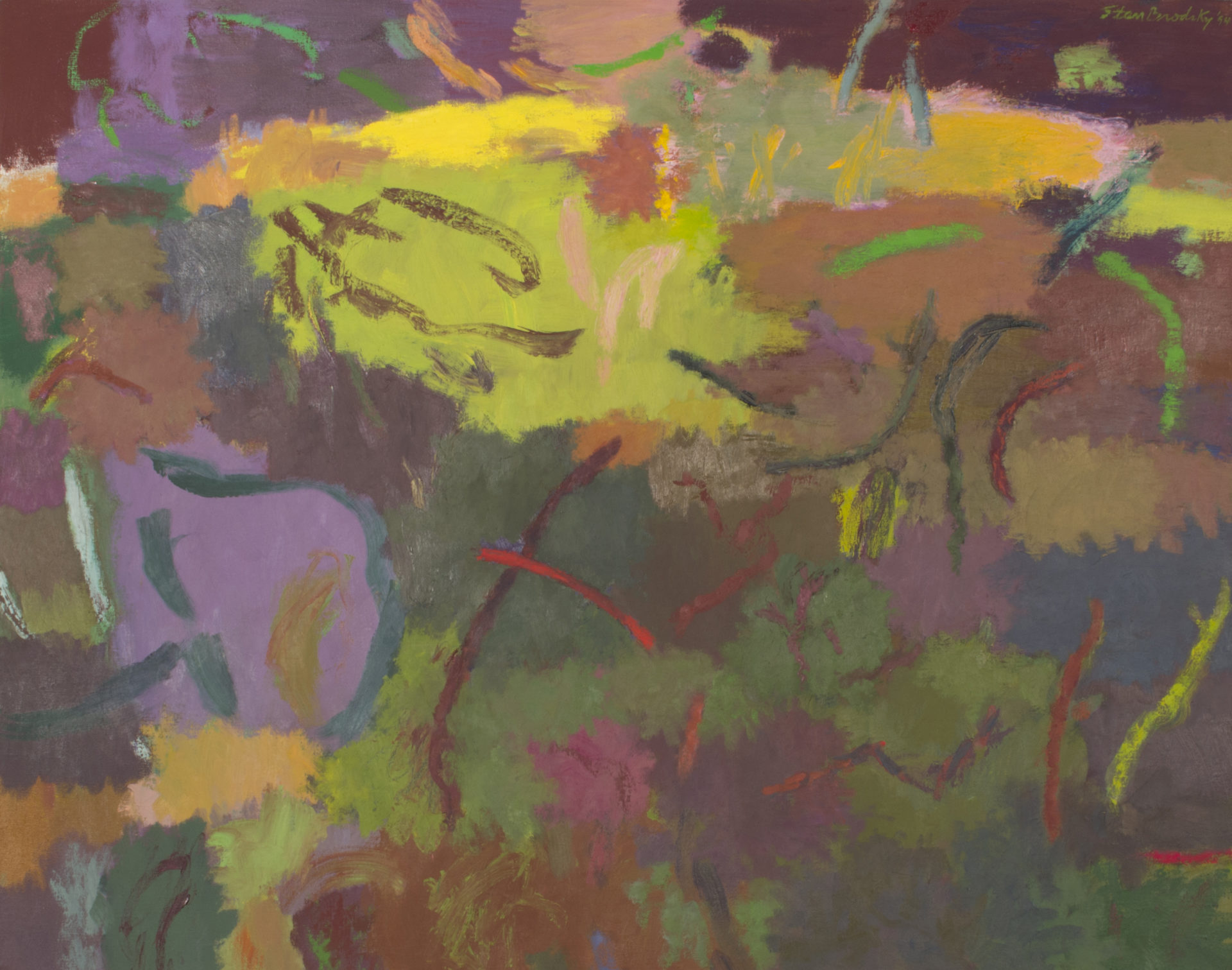 In conjunction with Long Island’s Best: Young Artists at The Heckscher Museum 2021, the Museum presents this installation of Stan Brodsky’s paintings in honor of all teachers.

Brodsky was a celebrated Huntington artist and a renowned educator who taught for decades at LIU Post and the Art League of Long Island. He was also a passionate supporter of Long Island’s Best, once writing that he was “overwhelmed by the imaginative, evocative range of works” included in the annual juried exhibition of art by Long Island high school students. In 2019, The Heckscher Museum inaugurated the Stan Brodsky Scholarship Award, which will be presented to one Long Island’s Best artist each year in perpetuity.

Brodsky transformed his personal experiences of place into lyrical abstractions that capture the essence of the environment of Long Island. The two paintings on view—Low Tide #1 (1975) and Paumanok Places #8 (1994)—showcase the development of his work over time. When Brodsky moved from his native New York City to Huntington in 1965, he discovered the tidal bays that are the subject of the meditative painting Low Tide #1. He explained, “something in what I see connects with something inside me, and when this happens, my feelings and imagination take over. … There is no separation between beach and water and sky and trying to merge these separations is what challenges me.” Paumanok Places #8 is emblematic of Brodsky’s later body of work, in which his compositions became more active and colorful.

Stan Brodsky (1925–2019) received a doctorate in art education from Columbia University in 1959. He taught art at LIU Post in Brookville for more than 30 years and was also a beloved instructor at the Art League of Long Island in Dix Hills. The Heckscher Museum presented exhibitions of Brodsky’s art in 1975, 1991, and 2013 [link to past exhibition page for 2013 show or to the online catalogue in issu], and the collection includes eleven examples of his work [add a link to the collections search results of his work]. Brodsky’s art is also held in public collections including the Baltimore Museum of Art, MD; the Farnsworth Art Museum, ME; and the Parrish Art Museum, NY.

The Heckscher Museum of Art opened to the public 100 years ago. This expansive exhibition traces our history and points to our future by celebrating the people, events, and art that have indelibly shaped the Museum. Unfolding chronologically, the exhibition explores the development of the permanent collection from 185 paintings and sculptures in 1920, to 2,300 works in many media today. Each gallery focuses on a defining chapter in the Museum’s story: our founding in 1920 by civic leaders August and Anna Atkins Heckscher, the transformational tenure of Museum Director Eva Gatling, our pivotal role in preserving the legacies of American modernists Arthur Dove and Helen Torr, and the acquisition of hundreds of artworks from the Baker/Pisano Collection in 2001.

The exhibition weaves together masterworks, rarely exhibited objects, and archival material to illuminate the Museum’s history and to engage our audiences. Spanning the 16th century to the 21st, the checklist includes work by more than 75 artists including: Berenice Abbott, Romare Bearden, William Merritt Chase, Joseph Cornell, Lucas Cranach the Elder, Jean-Léon Gérôme, George Grosz, Marsden Hartley, Winslow Homer, Man Ray, Thomas Moran, Georgia O’Keeffe, Howardena Pindell, and Florine Stettheimer. Reporting on the new Museum in 1921, a newspaper noted that “people come and come again to this treasure house of theirs.” We invite you to do the same as we embark together on the next 100 years.