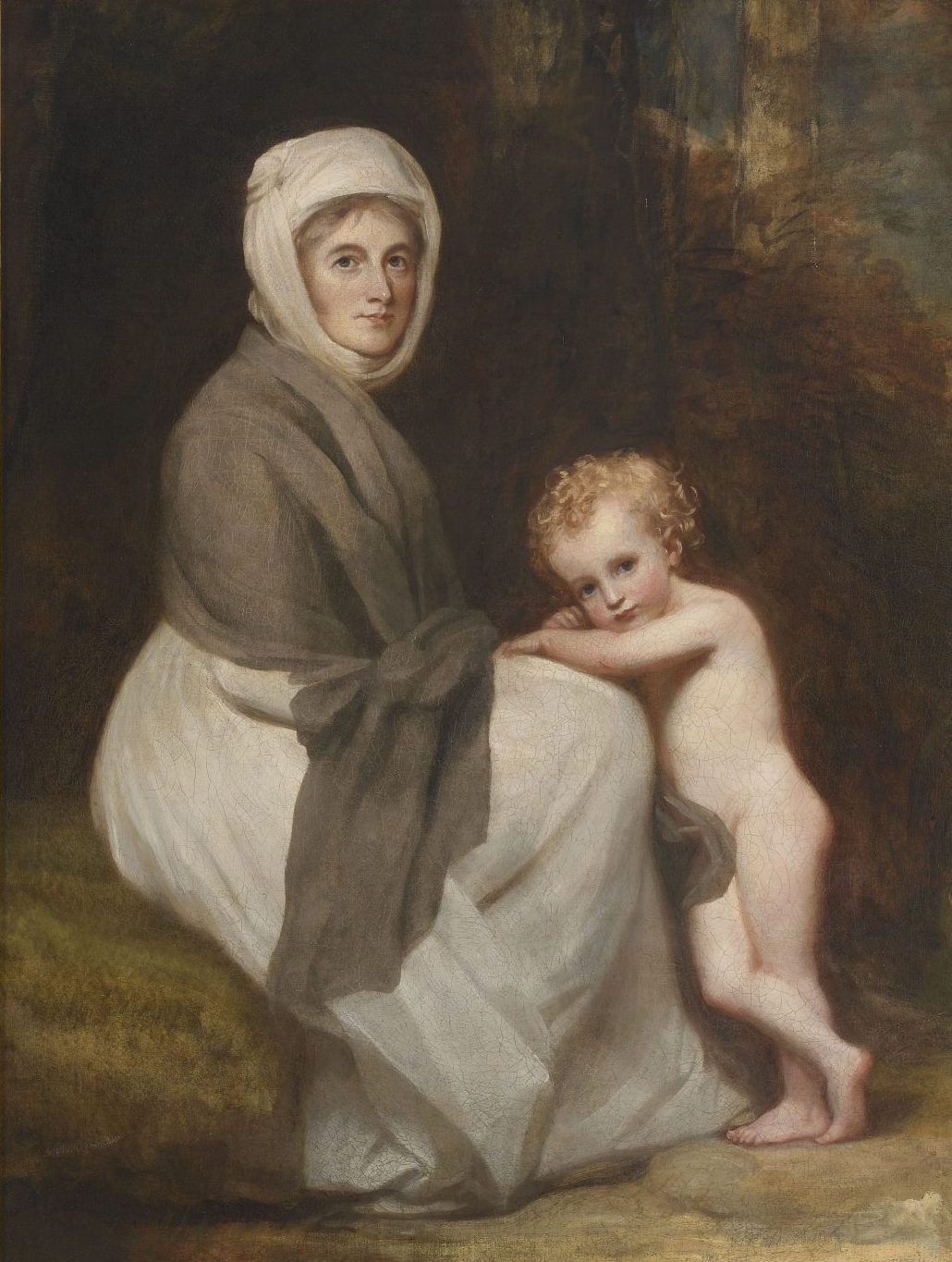 After a delay of five months, Portrait of Mrs. St. George and Child (1791) has come home to The Heckscher Museum of Art. The George Romney (1734–1802) painting was on view in the exhibition Cost of Revolution: The Life and Death of an Irish Soldier at the Museum of the American Revolution from September 28, 2019 to March 17, 2020. Due to the pandemic, the painting remained at the museum in Philadelphia until last week.

Cost of Revolution explored the tumultuous life of Richard St. George, an upper class Protestant landowner from County Galway, Ireland, who fought for the British in the American Revolutionary War (1775–1783). Remarkably, St. George survived a head wound and was able to return to Ireland, where he married Anne Stepney, of Durrow, in 1788. Three years later, he commissioned renowned English painter George Romney to complete a portrait of Anne with their first child, Richard James Mansergh St. George. 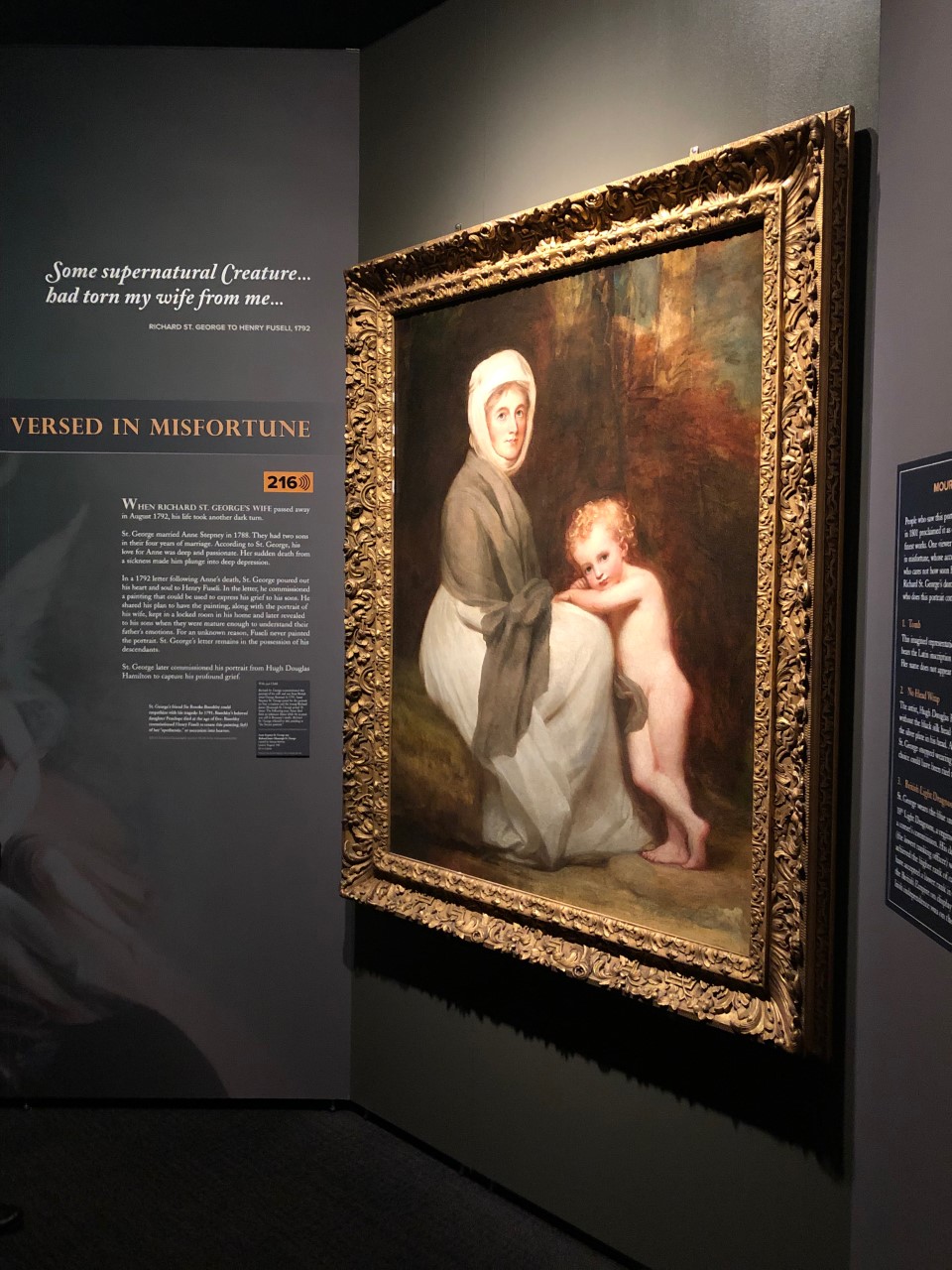 Romney’s diaries provide invaluable details about the creation of Portrait of Mrs. St. George and Child. We know, for example, that two-year-old Richard James posed for the painting ten times! Mrs. St. George first sat for the life-size portrait on July 21, 1791 and posed twice more before her final sitting on August 9. In 1792, while the double portrait was still in Romney’s studio, Mrs. St George died unexpectedly. This made the portrait especially dear to her mourning husband. The painting remained with the family’s descendants at Headford Castle for about one hundred years.

On January 15, 1920, Portrait of Mrs. St. George and Child appeared at auction in the Grand Ballroom of the Plaza Hotel in New York City. August and Anna Heckscher acquired the portrait soon after, just in time for the Museum’s opening in July of that year. Now, one hundred years later, the pandemic has become part of the life of this work. I wonder what Portrait of Mrs. St. George and Child will witness over the course of the Museum’s second century?

Delve into the comprehensive Cost of Revolution exhibition website.

View 324 examples of Romney’s work in British collections. How many other depictions of mothers and sons can you find, and how do they compare to Portrait of Mrs. St. George and Child?