I’m concerned with the spiritual sensitivity and the illusion of time and space. … I thought that nature was very important so I had to use some element, but that was part of my ethnic background—respect for the way that nature is constantly reinventing itself. That reinvention is part of my improvisation as a jazz singer and a painter because when I start to paint, I just smear paint on the canvas and it evolves into my experiences and my internal creative expression. —Richard Mayhew, June 20091 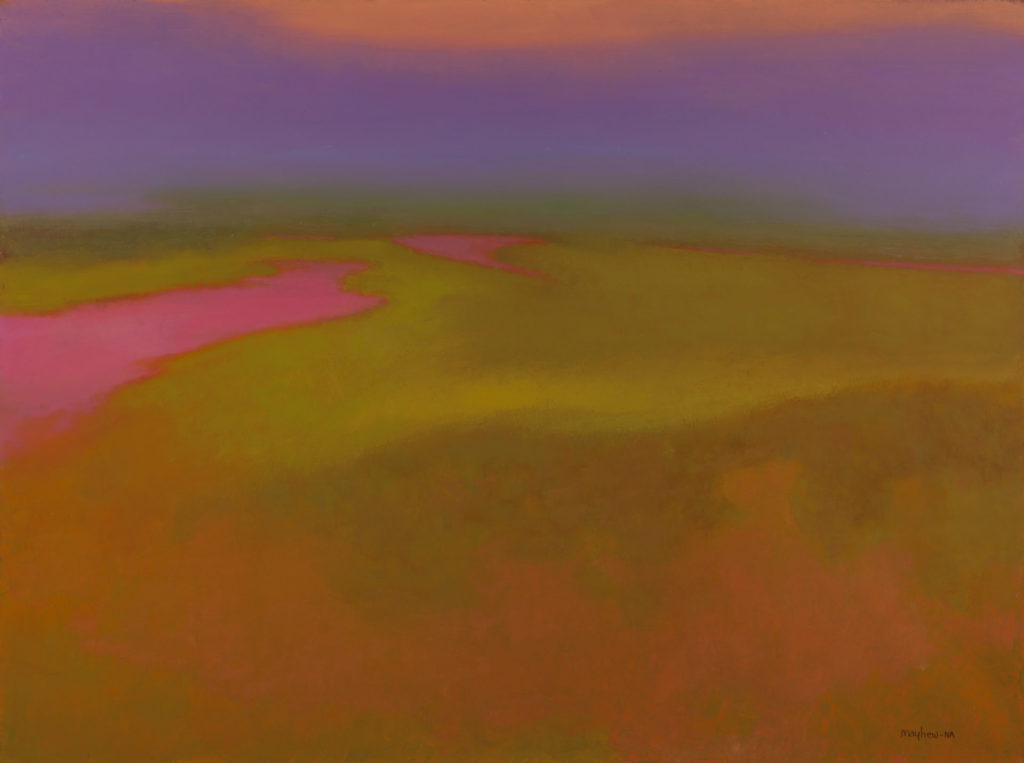 In Richard Mayhew’s Pescadero (2014), a pink ribbon of color flows into the distance across an undulating field of orange and green layers of paint. The title of the work—meaning fishmonger in Spanish—likely refers to the town of Pescadero, California, which is near Mayhew’s home in Santa Cruz. Yet rather than depict a specific place, the atmospheric expanse and vibrant color convey emotion. 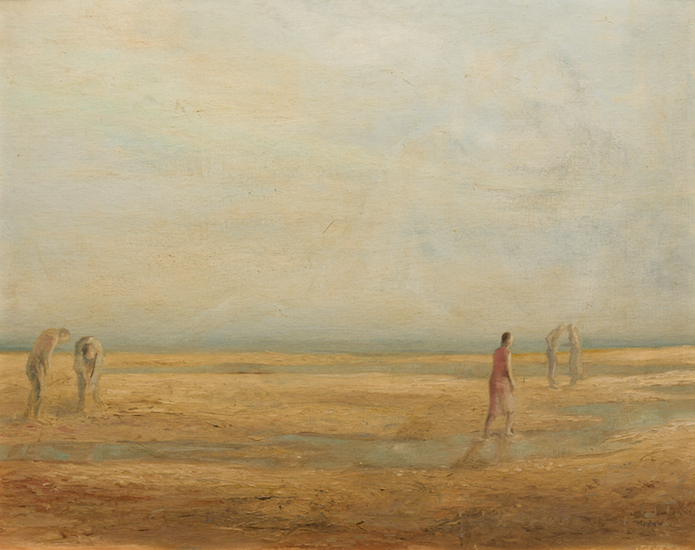 Pescadero is one of the abstracted landscapes that Mayhew terms mindscapes because they evoke inner states and feelings. He imbues his paintings with a sense of spirituality drawn from his African American and Native American heritage. Working to capture “the essence of nature … the unique spiritual mood of the landscape,” he creates meditative effects through the use of soft edges and resonant color harmonies.2 In addition, Mayhew’s paintings can be seen as a response to histories of enslavement and land dispossession. He explains, “My mindscapes are also about the healing of that long trauma that the Black and the Native communities have experienced collectively.”3 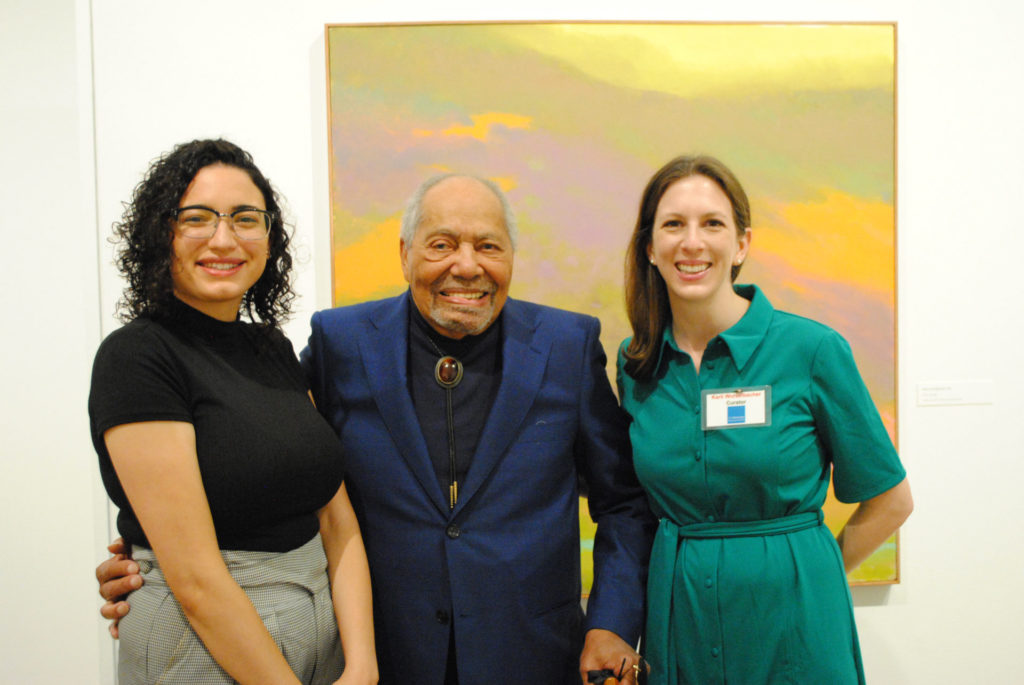 Born on Long Island in 1924, Mayhew grew up “right near the ocean all the time.”4 He formed a deep connection to the natural world, and learned about art from his family and from artists who visited Amityville to paint en plein air. Mayhew’s memories and impressions of Long Island likely inspired the flat tidal landscape and open sky in the early work Clamdiggers (n.d.). Shellfish have always been integral to the economy and ecology of the south shore. Two Native American names for Long Island—Sewanhacky and Wamponomon—mean island or place of shells.5

In the 1950s and early 1960s, Mayhew studied art in New York City and throughout Europe. Beginning in 1963, during the Civil Rights Movement, he participated in Spiral, an influential group of African American artists who met to discuss the relationship between art and society. These dialogues solidified his commitment to exploring abstraction and landscape painting in conjunction with race and identity. In the decades since, Mayhew has lived, painted, and taught throughout the country, including in New York, Pennsylvania, and California.