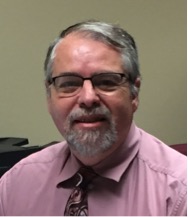 Huntington, NY – Michael W. Schantz has stepped down as Executive Director & CEO of The Heckscher Museum of Art, fulfilling a ten-year commitment. The Board of Trustees has announced that John E. Coraor, a former Heckscher Museum director, has been named Interim Director.

“We thank Michael for a decade of effective and thoughtful leadership that has continued to propel the Museum forward as a cultural and educational center on Long Island,” said Robin T. Hadley, Chair of the Board of Trustees. During his tenure, Schantz guided the Museum through its most recent accreditation from the American Alliance of Museums, and built a qualified and dedicated staff while leading the Museum into its Centennial year.

John E. Coraor was Director of The Heckscher Museum from 1988 to 2000, and is a current Board member. Coraor begins his role as Interim Director effective immediately. He has more than four decades of professional experience in art and cultural agencies, most recently as Director of Cultural Affairs for the Town of Huntington. He holds a Ph.D. in art education from the Penn State University.

“John’s extensive experience and close ties to the Museum will make this transition seamless. The staff and Board look forward to working with him as we move ahead with the Museum’s 100th celebration,” said Hadley. The Board has formed a Transition Committee to lead the search for the next Executive Director.