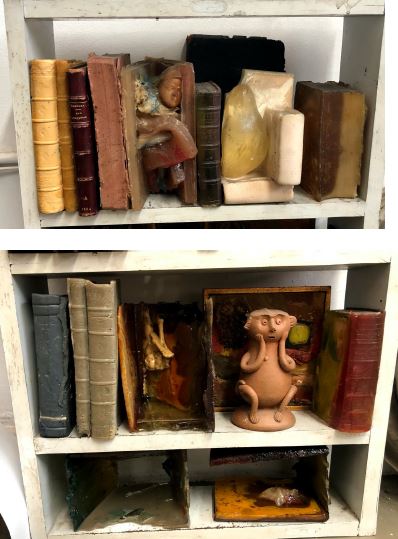 Stella Waitzkin (1920−2003) began creating art in the 1950s while living in Great Neck, Long Island. She began as abstract expressionist painter, but is best known for her sculptures and installations.  Waitzkin cast old, leather-bound volumes in resin as single objects that became elements of larger installations, including freestanding shelves, small bookcases, or entire library walls. These pieces of art made her one of only a few female “environment” builders.  Waitzkin’s constructions are composed almost entirely of books or other cast objects such as clocks, birds, fruit, or human faces.  Waitzkin received a Lifetime Achievement Award from the Pollock-Krasner Foundation in 1995. The Museum will acquire 16 pieces from her Estate. 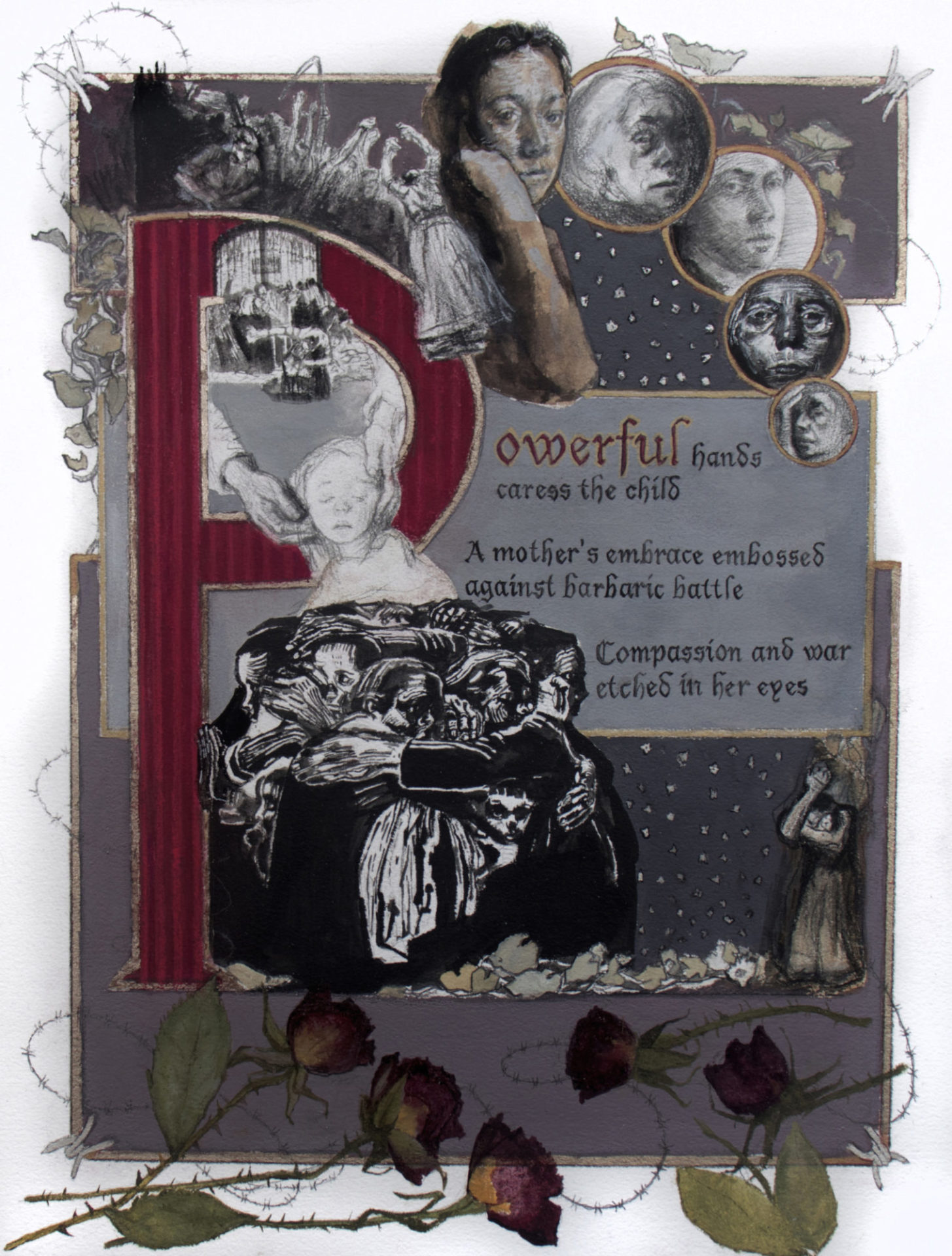 painter with deep art historical knowledge. The Museum acquired five of the works in her series “Homage Odes. ” The artworks take the form of illuminated manuscripts inspired by historical female artists. A number of “Homage Odes” were part Dellosso’s solo exhibition at the Museum in 2019,  A Brush with Herstory,  where Dellosso paid tribute to great female painters from the Renaissance through the modern era.  Dellosso often melds her own image to that of artists from the past, creating self-portraits conveying the inspiring stories of historical women.  “These works allow us to insert these important historical women artists into the narrative that we are already able to tell with the permanent collection,” noted Wurzelbacher.